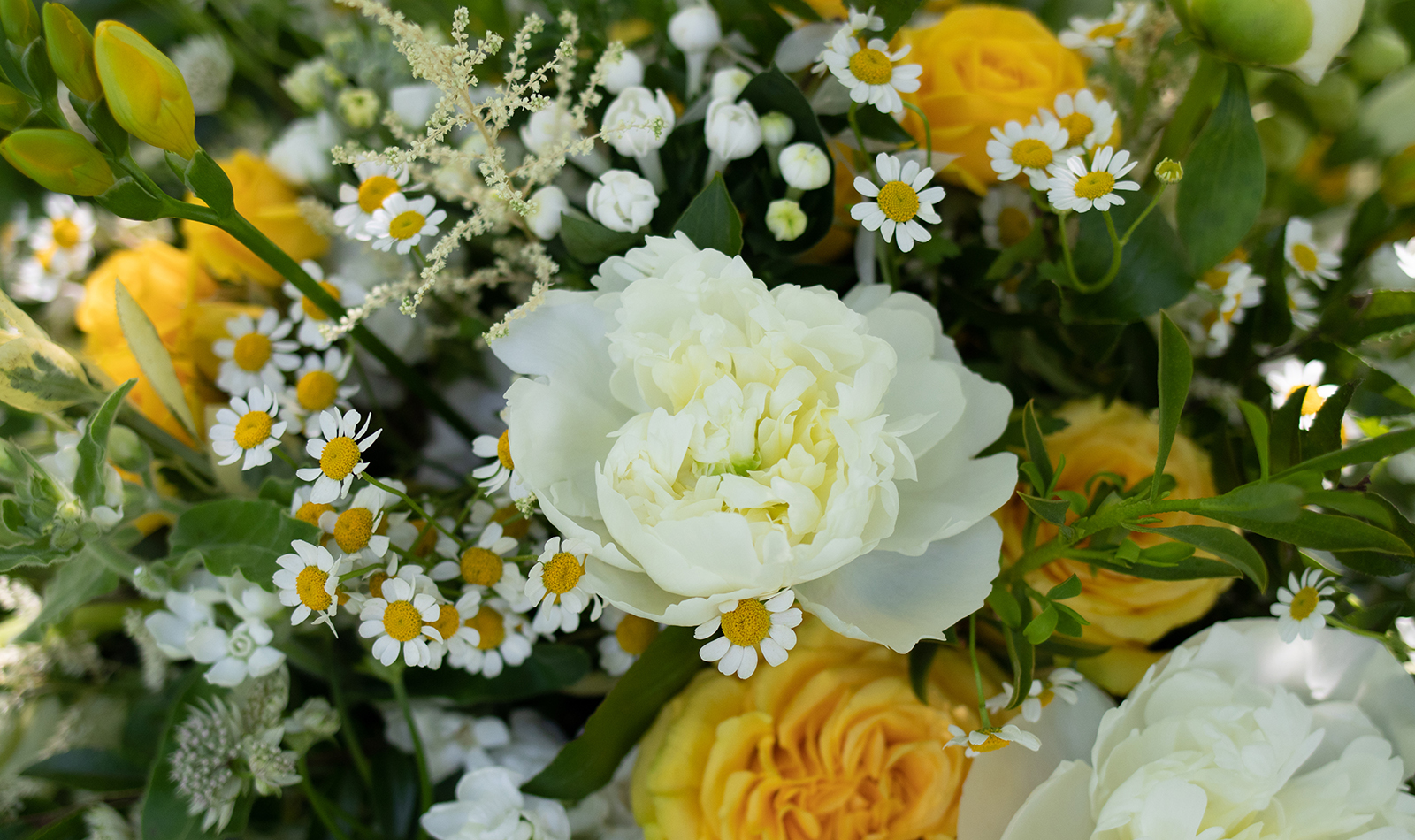 Below is an article originally published by the Society of American Florists (safnow.org)
Authored By: Mary Westbrook

Here’s some promising news to start your summer: In the coming months, most Americans believe they will purchase flowers and/or plants for others (59 percent) and themselves (54 percent) with the same frequency as in the past. That’s according to an Ipsos consumer poll, commissioned by the Society of American Florists and the Floral Marketing Research Fund (FMRF). The findings from that poll, combined with other economic indicators, could help floral industry members chart a sustainable path forward after the first crisis-filled months of the global pandemic, according to industry economist Charlie Hall, PhD, of Texas A&M University, who will dig deeper into the data and share insight on how to plan more successfully for the future, next month during SAF’s Reinvention Summit.

The poll, conducted after Mother’s Day, found only a slight decrease in the number of American adults buying Mother’s Day flowers and plants this year (28 percent) — and a slight increase in their median and average spending per gift ($45, compared to $35 in 2019 and 2018).

The results help give industry-specific context to information released last week from the Commerce Department, which showed that overall retail sales rose 17.7 percent in May — a significant increase that far exceeded most economists’ predictions — but one that is tempered by the nation’s record high unemployment rate of 13.3 percent, with 20 million jobs lost since February. (Retail spending is still down nearly 8 percent compared to February.)

Still, Hall said there is reason for strategic optimism.

“If the trends by retailers in general are any sort of proxy for the floral retail sector, and they usually are, then we should feel pretty good since they reported a record 17.7 percent increase in sales in May,” said Hall, adding that he’s been pleased to hear positive anecdotal reports from retailers and wholesalers in the past few weeks. “Any monthly increase larger than 6.7 percent would have been a record, so this outturn cleared that bar with room to spare. It was also more than double the consensus expectation for an 8.4 percent increase.”

The retail spending increases, Hall said, aren’t only promising indicators in the context of “back-to-back record declines” in March and April caused by COVID-19, Hall added. “In the month of May, retailers saw more than half of the lost spending return,” he explained. “After being down more than 20 percent [in the early part of the pandemic], retail sales are now off only about 8 percent since February.”

That trend upward could translate back to the floral industry — and it relates to the polling SAF and FMRF conducted in May.

“Much of what we found in the floral retail survey supports these general findings in that there are a fairly robust number of consumers who still value flowers and are still interested in giving and receiving flowers,” said Hall, who acted as an advisor to the groups as they created the poll to gauge not only Mother’s Day returns but future predicted spending among consumers. (A post-holiday SAF member survey found that 70 percent of retail florists who were able to operate this year experienced an increase in holiday sales.)

Among the key findings from the poll that could help florists plan for the upcoming seasons: Marketing messages centered on value, convenience and safety resonate strongly with customers.

The poll found that the top factors that will influence flower or plant purchases in the next six months are finances/budget (41 percent), convenience/ease of purchase (33 percent), and social distancing protocols/fear of spreading the virus (25 percent).  Adults ages 18-34 were more likely than adults age 35 and older to say that social distancing protocols and fear of spreading the virus will influence whether they purchase flowers (34 percent vs. 22 percent).

Other poll findings that relate to future floral purchases:

“The insight SAF has collected in collaboration with industry peers, not only via this poll but also in SAF member surveys, helps provide critical data points to floral industry members who are working hard to plan ahead at a time when it can feel like the playbook for how to operate has been thrown out the window,” said Kate Penn, SAF’s CEO. “We’re excited to dig deeper into this information, and more like it, to help our members create a blueprint for how to move forward successfully.”

Hall is one of several experts from inside and outside the industry who will headline SAF’s Reinvention Summit, July 27-31, from 2 pm – 4 pm EDT daily. Each day of this highly interactive virtual event will feature a prominent keynote speaker, followed by panel and roundtable discussions. Attendees can opt to attend just one or two days, or all five. “The combination of outside expertise and peer-to-peer learning will give industry members the tools and insight they need to refresh, renew and revive their businesses for the COVID and post-COVID world,” said Penn.

Stay tuned to safnow.org and the association’s social media pages for more information.

Want to learn more, or be notified when registration is open? Email lweaver@safnow.org.

Mary Westbrook is the editor in chief of Floral Management magazine.