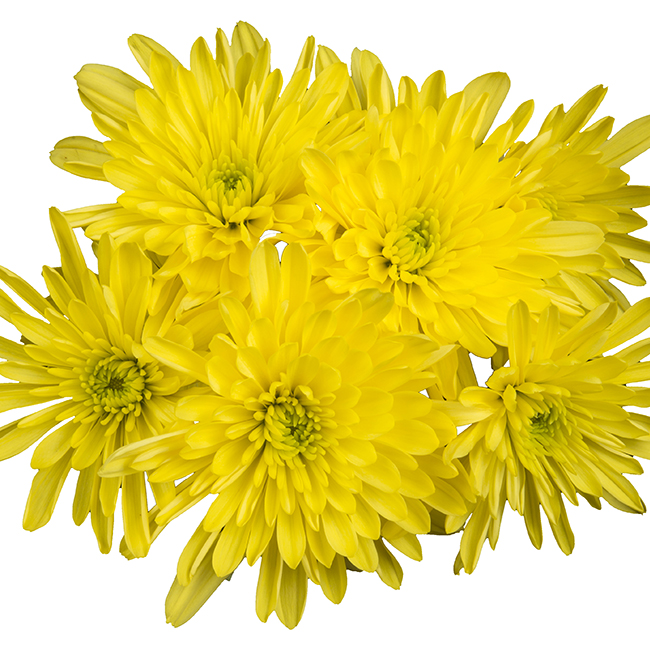 Alstro
Being a cooler weather, lower luminosity tolerant plant, we should have a relatively good supply of Alstro for the next few weeks.

We are offering Queens Super Select Solid Variety Alstro in 4pks now!  In order to get these, we ask you to place orders two weeks out.

Carnations and Mini Carnations
Every year after Mother’s Day, growers begin to eradicate certain varieties.  Any plants/varieties that are aging or deemed unprofitable are eradicated from the fields and then replanted with more productive plants/varieties during the summer.  How do they determine this?  Most farms have detailed data to help make the decision.  If a Carnation plant is expected to yield $.abc/stem and it only yields $.ab, it is removed from production.  It’s that simple.  Most of these new plantings are then generally expected to be in full production when we hit November.  We’ve been noticing a higher level of farm pulls on Mini Carnations and several Novelty Variety Carnations this year.  Which means lower levels of availability in the general market.

We expect the price of White Carnations to increase throughout the Summer months.  In January we had booked several Open Market Standing Orders of White Carnations for a 6 month period to fill expected needs.  The same growers who took and filled those Open Market Standing Orders for the past 6 months, now, won’t even consider doing it again.  Either they realized it was not profitable or they now have much lower levels of production.

Based on the lower levels of production and higher demand  on White Carnations we also expect Assorted boxes of Carnations to be higher priced than in the past as we move through Summer.

Gypsophila/Limonium/Statice
Availability is looking better as demand begins to decrease slightly for the above items.

Lilies
At the moment, Lilies is the area we are seeing the most price control by farms.  With the ability to hold bulbs and only plant based on expected demand, farms are controlling prices much better than they have in the past. Pricing remains higher than normal for this time of year.

Mums/Disbuds/Pom Pons
Medellin is the primary production area for all Chrysanthemums, both disbud and spray. While production is coming back on most Poms, Disbud production remains low.  We have been hearing there are many reasons for this; Weather, farms decided to plant less for the summer, Green House Collapse, Low levels of luminosity, disappointing production levels in the Spring opposed to anticipated production levels, temperamental varieties.  Example, Maisy in Disbud format is highly susceptible to botrytis.

Be mindful of this when requesting Disbuds for event work from now through August.  We feel that Fall should look better.